Nomads in the heart of Zagros

Just a few hours drive from Iran’s tourist gem Esfahan, you can meet the Bakhtiari nomads. Less and less people will continue this kind of traditional nomadic way of life, while tourism will discover this phenomenon within a few years. 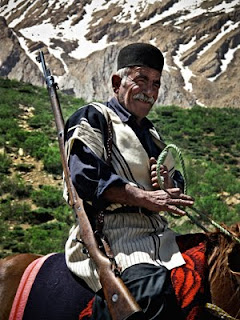 To get the contact to the farthest place nomads reminded me those classic times what I read in my childhood. Although Bakhtiaris don’t live entirely in isolation and often interact with the outside world, our first steps followed the scripts of explorer novels. As we saw from the road a family’s Eagle’s Nest tent on the ridge, we turned into the valley, stopped the car, and then released the dog. ‘Then they come down.’ - said our driver, we spread 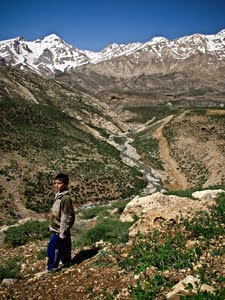 out the blankets; we sat down and waited for the reaction. First, the nomad’s wild dogs came. Barking aggressively they approached but when they recognized our dog they slowed down, look at from a respectful distance and for a time kept the established status quo. When they came dangerously close we grabbed a piece of stone –and they always danced back. Seven or eight other human-eyes followed us from the hill. Since we don’t show hostility, our bodylanguage was relaxed, half an hour later a boy came down from the mountain for water to the creek. At the same time somebody started to wave upstairs. Our presence seems to have accepted the otherwise very curious Bakhtiari nomads, introduction should begin. Since then the dogs didn’t bother us – just they were observing when the stone is in our hands, they move further on, and when dry bread, then surreptitiously approach a few feet of distance between us.

We started our way from Esfahan, the heart of Iran to visit The Bakhtiari nomads. We left the north-south main road which is connecting Tehran and the Persian Gulf and took the less traveled roads to the chains of Zagros Mountains. Our first destination was Iran’s highest provincial capital, Shahrekord, situated 2,500 meters above sea level, and then heading to the west to reach the tiny Chelgerd which is the gate of the land of Bakhtiaris. After then there are no buildings, tourism is minimal, and it mainly means the neighboring Iranians. The nomads have not ruined by the distribution of money and gifts, and look at the stranger too much. 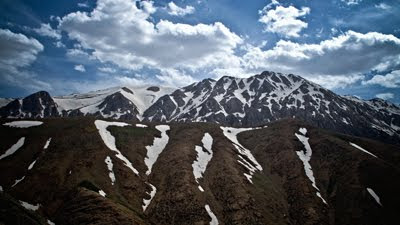 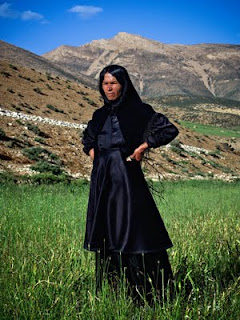 To go to the traditional tribal bakhtiari areas by car is the real luxury. Not primarily for the automobile rather because of the roads. The local tribes traditionally refused to build roads, thus impeding their subjection or the occupation of the area. The strategy was apparently successful because in history no one could conquer and hold this impassable land. Since there were no roads, the region more or less retains its closeness and wildness - the lack of infrastructure due to the present day make difficulties during the yearly wandering of the nomads, primarily landslides and floods. 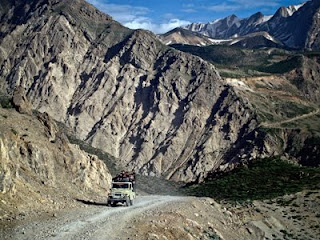 The first modern explorers of the land of Bakhtiaris were the British in the middle of 19th century. The main reason of their interest was the strategic location because Persia was on the halfway between the former British India and Europe. The then British diplomats and adventurers agreed with the leaders of the Bakhtiaris, the smaller and higher ranking khans to build a trade route through their land. When they found oil in the 20th century, the relationship has worked already. The British quickly found themselves close the oil of Bakhtiaris and Persia. Because the tribe’s armed forces, strategic area and wealth of land was more important to them than to cooperate with the Tehran government, they initially negotiated directly with the tribes. The blossoming relationship is ended when in 1909 during the Constitutional Revolution the Bakhtiaris asked for help from the British against the central government. Then the British began to support Reza Shah’s centralization program, which the tribes have been considered as treason. Subsequently, the Shah tried to settle them in the spirit of modernism, who stood against it could become the easy victims of atrocities. The goal was the total assimilation because according to the official arguments only in the poor and backward states has nomads. 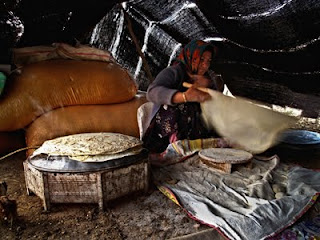 Iran was a modern state even then. On the first road the Iranian army invaded the area. Checkpoints were established and the resistant tribal leaders were ended in Tehran’s prisons. Their long hair and long beards was shaved and they were forced to wear European cloths. The situation has changed only when Reza Shah turned into the background, when he became off-color because of his sympathy of Nazis. Then his son took his place. Some of the nomads returned to the traditional way of life, especially because it was not easy to change immediately the age-old pastoral lifestyle to the settled farming one. After the Islamic Revolution in 1979 the nomads had to leave again to their former nomadic lifestyle. The government began infrastructure development in their area, roads, bridges, telephone lines were built and the tribes received storages for cereals to make the settled lifestyle easier. Settled life has become more attractive to them - but not for those who have endured the lives of their wandering ancestors. Who did better finally? Is nomadic lifestyle sustainable? What kind of lifestyle is the choice for the next generation? These are the most important questions for the near future. 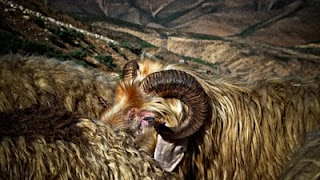 Leaving Chelgerd we get off the map. Road is still running under the car, but there are just a very few tiny remote permanent settlements before us. The farthest one is Kholje village with a few hundred people at the end of the road, where the locals report that we are the third ‘strangers’ in the least decade. From there it's a footpath leading to the even smaller and more backward toward villages. The tents of nomads are appearing behind the first passes after Shahrekord. Those who live better with more animals they have black goat hair tents, but the less wealthy nomads are living in the Red Crescent’s military canvas tents which left behind after the Iraq war. The goat's hair is real luxury: in the rain it swells and not let through the water and in sunshine it become dry and air easily goes through the tent. It’s very 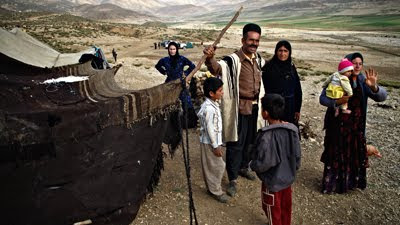 difficult to estimate the living standards of Bakhtiaris through Western eyes. Families with hundreds or thousands of sheep are well-to-do in any case, as well as beekeeper nomads. According to the simple mathematics in the last case, if you have hundreds of hives, it comes out of each 80 kilograms of honey per year, and the price of one kilogram honey is 7 to 10 USD in Iranian Rial, it is easy to calculate the 60-70 thousand dollars in annual revenue. Of course it was my superficial calculation. The honey sellers are coming from far cities to buy up the products of a better harvest season – often traveling nearly 1,000 kilometer from Tehran.

Modern technology apparently broke into the Bakhtiaris, but this invasion is highly questionable of course. The pride of the men is 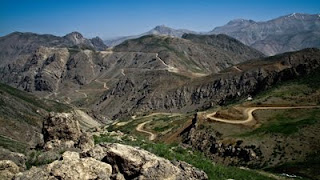 the wristwatch, which is often stopped. But they don’t even need it, because they are following the natural order of living, therefore minutes are irrelevant and the walking distance is only measured in hours. They have the same connection with cell phones: valuable, shiny bauble what they can not charge, and is used only when they walk in the top of a higher mountain where they might have a little signal. Probably truck is the most useful icon of modern times. The romance quickly replaced with more practical things, and the family with the tents and other equipment is already onboard during the long journey over the mountains. The oldest and strongest men are with the flocks, if there is no place for the animals on the board.

The new guests of the family 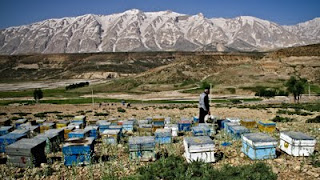 When the wild dogs get used to our presence, at first a little boy, followed by two old women coming down to the stream to take water, and finally took a closer look at the Newbie travelers. They are filling their cans with ice-cold melted snow as they are squatting by the well. After a quick introduction they allow to build our tents next to theirs’. The children then bring down a donkey, he put on our backpacks. ‘Salam’ – greeting up yonder and the whole family are gathering around us and begin to laugh when they see our way of tent-building. It seems they make not much our gear. ‘Too small and too difficult’ – manages to briefly Mohamed Malek 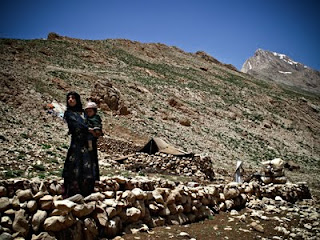 Azizi, the head of the family. Meanwhile, tells his wife to get ‘the’ better carpet for us, to settle on it, and offers tea. Mohammed arrived with the animals only two weeks before us from the neighboring Khuzestan province, from south-west. There, the summer heat is unbearable, burn the pastures but winter is pleasant - oppositely to summer lodging in Chahar Mahal and Bakhtiari province over the Zagros 3,000-meter passes range where summer is pleasantly warm but winter is bitterly cold with its -30 Celsius degree nights. A family packed up all of their equipments only to three horses and a donkey to cross the mountains. The nomadic life makes the man strong: Mohammed walk barefoot all night in the mountains, when he can’t sleep; he put the burning coal in his pipe by bare hand; and awakens me in the morning to shoot one of his pride, at least one hundred years old Bernard's gun.

We eat our breakfast in goat hair tents. The oldest woman makes bread, an other one makes yogurt. Bread is very simple: mixture of flour and water which is poured into a rounded piece of hot iron cast to bake. The disc-shaped dough is paper-thin, brittle, and is excellent with goat cheese. Half of the tent is open to the valley; the backside is a large piece of rock, so in fact only the roof and two side walls were constructed. 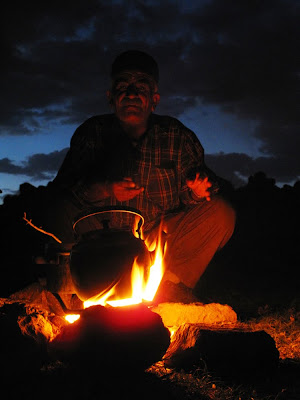 Hard life has a price: Mohammed seems good-humored old man, but he claims to be about 53 years old. For children, this is not necessarily an attractive way of life; they end up mostly in the most oil-rich province Khuzestan’s oil facilities after they settle and established the new life. But for Mohammed is not a question: mountains and sky is the tent, mentions several times, and finally adds: "I ​​can not be dragged away even by six horses." He touches the fire, and put more coals to the pipe by bare hand. 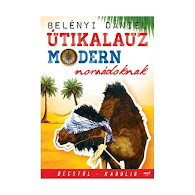 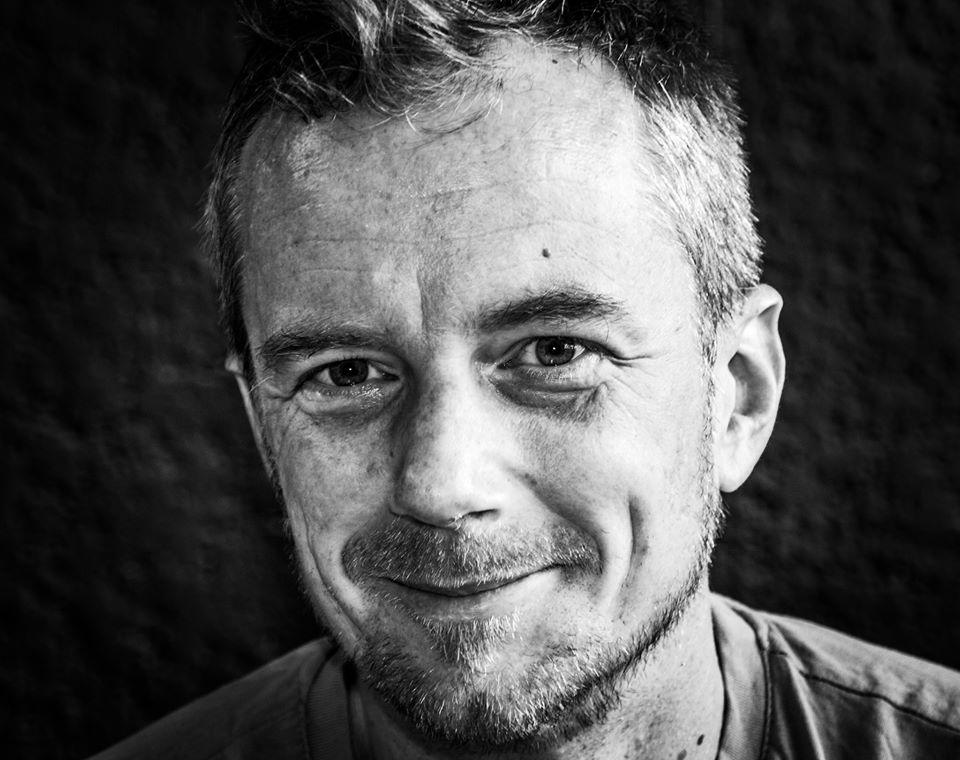